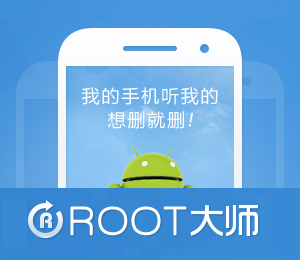 VRoot is one of the best Rooting software for android devices, this software is supporting more than 3500 several android devices.
You can root any device running on any android version without voiding warranty, just by one click !

So before we begin, first i'll let you know:
What is rooting?
What are its Advantages & Disavantages?

Rooting:
It is the process of allowing users of smartphones, tablets , and other devices running the Android mobile operating system to attain privileged control (known as Root Access) within Android's subsystem.
Rooting is often performed with the goal of overcoming limitations that carriers and hardware manufacturers put on some devices, resulting in the ability to alter or replace unwanted system applications and settings, run specialized apps that require administrator-level permissions, or perform other operations that are otherwise inaccessible to a normal Android user.
On Android, rooting can also facilitate the complete removal and replacement of the device's operating system, usually with a more recent release of its current operating system..

Advantages:
First and foremost, with root access and an unlocked bootloader, you now have an infinite amount of customization options, from launchers, ROMs, themes to custom kernels.
Another huge advantage is the ability to use root apps from the Play Store to do things like, adjust CPU and display setting, uninstall system apps, flash software, etc. Finally, custom software almost always performs better in every way than stock software and that is because most custom ROMs for example, are bloatware free, no excess stuff taking up space. The software and hardware on custom ROMs are also usually better optimized, leading to more fluidity, which is always a plus. This is also due to the fact that custom ROMs get updated on a daily to weekly basis, compared to stock software.

Disadvantages:
The obvious disadvantage is the chance to brick your device if the wrong software gets flashed. The other big issue with customizing your device after rooting is, there will almost always be bugs, most ROMs and mods are unstable in one way or another and usually don’t work with all devices. At some point you will findbugs in custom software, usually more than in stock software. So if you are going to heavily customize your phone, with ROMs, kernels and mods, be ready for beta level software, in some cases. I am not saying that all custom software, ROMs are unstable, but some custom ROMs have lots of bugs and unstable for some android devices..

Steps:
1. Launch VRoot Software
2. Connect your Device to PC via USB Cable
3. Wait until VRoot display the model of your device 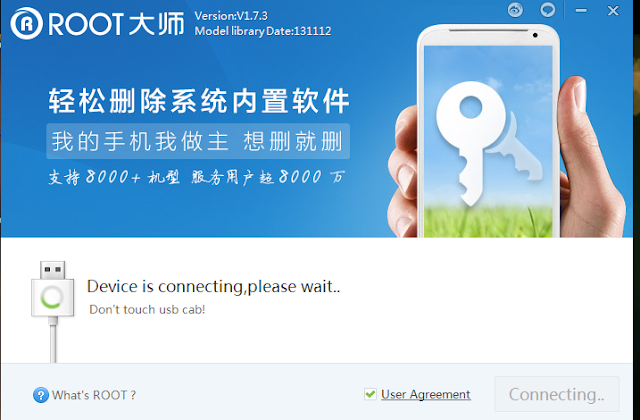 4. Now you can see my Device Model has appeared on VRoot.
Now Click on Green Button Root 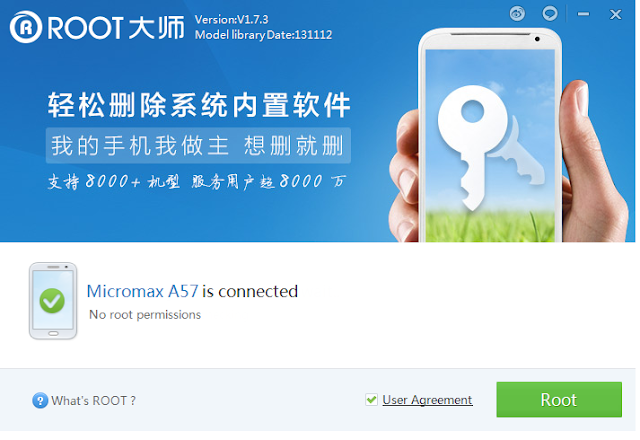 5. After that your device will Reboot and following message will appear on VRoot (as shown below).
Now you can unplug USB Cable. 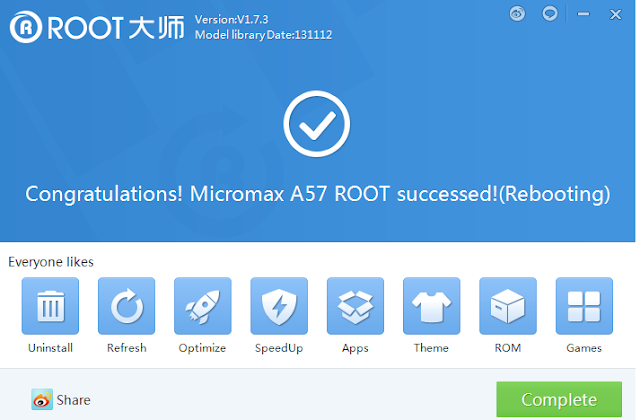 When you again connect your device to PC via USB Cable and when you do launch VRoot Software you'll see following message
Your Device has Root Permissions, which means your Android Device has Rooted Successfully !! 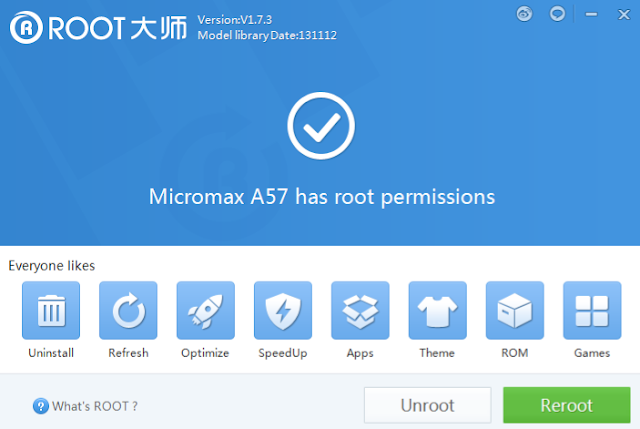 Now you'll see two new Apps installed on your Android Device.
One is Superuser and other one is Unknown Chinese App 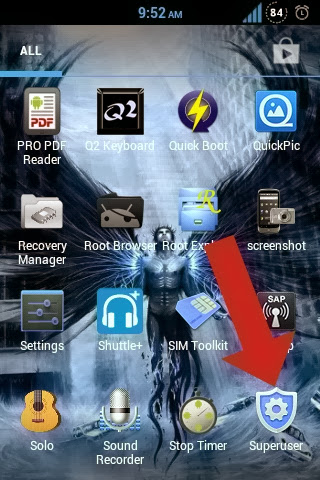 Posted by Unknown on 09 February 2014 - Rating: 4.5
Title : Root your Android Phone with VRoot (English Version)
Description : VRoot is one of the best Rooting software for android devices, this software is supporting more than 3500 several android devices. Y...

2 Responses to "Root your Android Phone with VRoot (English Version)"

The Man behind this Site